LIFE LESSONS IN THE RAIN

I kept repeating this to myself last Saturday at Appalachian Power Park in Charleston, WV, while I moved in and out of the thunderstorms that interrupted and delayed the over seven-hour State Championship baseball game between the Maroon Knights of Central Catholic High School and Wahama.

Parents and coaches encourage children to become involved in athletics at a young age, promising that they will reap the benefits of teamwork, skill development, perseverance, and sportsmanship. Those are intangibles which are hard to deny, eventually becoming the staples society hopes young people will carry with them into adulthood. So we as a community attend the games not only to support the young people playing the game but to acknowledge this learning process in action.

Anyone who has ever taught school probably knows that, as a teacher, I am running on fumes at this point in the year, and the last thing I wanted to do was trudge two and half hours away to watch baseball games. CCHS had just conducted baccalaureate and graduation the previous weekend then concluded the school year with our underclassmen exams and final workdays by the following Thursday. I was toast. TOAST. Still, I just knew in my heart that I simply HAD to go because sometimes I need to slam on the brakes and experience a moment.

While the team played tremendously in the state championship, they eventually lost by one run after an incredibly long rain-delayed game. That championship game served as a poignant contrast to the remarkable comeback victory on Friday. There is no way on earth I could possibly recap the game from Friday; it is has become an emotional blur for me. Metro News covered it perfectly.


So several colleagues and I joined the families, friends, and alumni at APP this weekend to bear witness to the lessons the team had learned from Head Coach Jamey Conlin and his assistants: the teamwork, the skills, the perseverance, and the sportsmanship. The Maroon Knight players and coaches did not disappoint, but in their own way they taught the Central faithful even more important lessons about our own lives.

The team reminded us that life goes on regardless of how sunny or rainy a day it happens to be, so we must always choose to put on our tattered uniforms and weathered baseball caps to ready ourselves for the game at hand.

We do not forget that these young adults and coaches representing our Central community face personal difficulties and obstacles far more challenging than a tough opposing pitcher, a red-hot batter, or a bad official. As each and every one of us does, these players and coaches face doubt within themselves, the fear of the future, the loss of a loved one, the illness of a person close to them. We should not disregard our own personal obstacles, but we must recognize the obstacles our brothers and sisters face on a daily basis.

This weekend the Maroon Knight baseball team reminded the entire Central community how we all can work together, love each other, and support each other, wholeheartedly embracing each day, whether it be sunny or rainy, in order to experience moments that will last a lifetime. 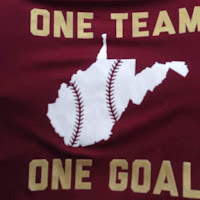 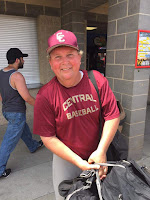