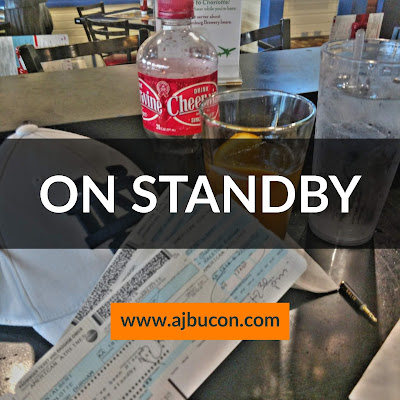 I know all about the pitfalls of traveling over the holidays, particularly over Thanksgiving. Of course, that did not prevent me from booking a last minute flight to North Carolina to see my North Carolina family. It had been quite a while since I ventured south. Life and all of its irritating complications pushed a visit back on a regular basis.

I wish I could say I had grown accustomed to the unpredicatable nature of life, but I cannot do so with any degree of certainty; however, this journey wrapped some odd moments among important messages I needed to revisit.

I was not going to be late for my 8:30 a.m. flight, so I spent the night in Pittsburgh where I could decompress before catching a shuttle to the airport for a 6:30 a.m.check-in. I had this all planned. I was going to be early, early, early so I wouldn't stress, stress, stress. Riiiiiiight.

At baggage check, the cordial woman behind the counter asked for my destination. "Cleveland then to Raleigh." She informed me that I would not be going to Cleveland that day. "But that is where my connecting flight is." I distinctly remember planning this trip and finding it perposterous that I would be headed to Cleveland before Raleigh. She explained that this airline does not fly to Cleveland for connecting flights. "That can't be possible," I laughed, pulling my flight itinerary up on my phone. "See? CLT to RDU." She smiled and indicated that CLT is actually Charlotte. I felt like an idiot as I had complained to everyone the past week that I was going to Cleveland then Raleigh.

Two hours later, I boarded a plane which was packed from front to back. I thought I was being so polite to the silver haired old lady who was sitting in what I thought was my seat. "Honey, I think you have my seat. I am 6D."  I was wrong again, showing the lady my boarding pass which clearly identified my seat as 8D. "That's all right," the nice lady consoled me, "maybe you should get your glasses checked, honey." I was so embarrassed that I stood in front of my seat before sitting until eveyone log-jammed behind me passed. Eventually an irritated woman in the seat in front of me yelled at me to please sit down already.

Despite all of the excitement about our trips, all of us passengers cooled our personal jets while we waited on the runaway for thirty minutes until a break in the strong winds appeared. All I could think of was missing my connecting flight in Charlotte. I fell sound asleep watching The Office on my Kindle Fire, startled into awakening by the sound of my own LOUD SCREAM when the captain finally blared throughout the cabin that we would now be taking off. I pulled my ball cap down while apologizing for my scream to everyone beside me and in the two rows in front and behind me. The irritated lady in front of me just shook her head. I was now an official nuisance on that early flight out of Pittsburgh the day before Thanksgiving. 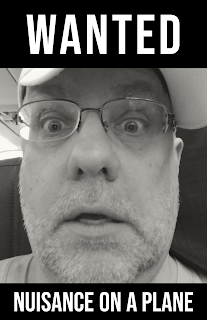 An hour and a half later we landed in Charlotte where my connecting flight had already begun boarding fifteen minutes earlier. As I exited the narrow confines of the B gate, I sprinted the entire football length of the Charlotte airport, stopping only because my legs were wobbly from sitting so long on the plane. I arrived at the C gate area to find it packed with people standing at over half of the gates while waiting to board their planes. I saw C18 at the far end of the terminal. The humanity, the sweating humanity. I sat a moment until the speaker announced that my group was boarding. "Group 6 now boarding." I edged myself into the throng, slowly moving toward the gate. I eventually saw the destination sign, now unobscured by the people standing in front of it. "Newark, NJ." Shit.

"Ma'am," I begged the attendant at gate C12, "my notification says C18. It really is not my fault I am late. I was stuck in Pittsburgh for half an hour, I sprinted here to this end of the terminal, and I was sitting right over there by gate C18. I couldn't see anything. Could you please open the door?" She shook her head, explaining that they change gates all of the time. I didn't even know how to respond to that. What was I going to do? It is Thanksgiving. The kids are waiting for me.

"Sir, you will have to go to C6. They will put you on standby for a later flight."

Two hours later I felt as if someone had smashed my body into the standby window seat as punishment for my earlier expectations of a calm and uneventful travel day. I was definitely being punished with an inch of space between my knees and the seat in front of me. I pulled up my Kindle Fire again, slapped on my headphones, then sulked as much as I could while watching Doctor Who. I did not anticipate being able to fall asleep in that seat, but I did. I woke up as the plane was touching down in Raleigh.

The rest of the journey was the uneventful journey for which I yearned earlier in the day, nearly seven hours earlier. I had a quick bag pick up of my suitcase which had arrived an hour and a half before I did, a nice choice of five different rental cars, and a trafficless highway between Raleigh and Wilson. I made it to Robert and Emily's home in Wilson around 3:30 p.m., only nine hours from the time I began this adventure.

Emily and I took the kids out to eat while Robert finished his shift at Firestone. Olive Garden was so relaxing that I was ready to explore the toys and candy sections at Five-Below with a renewed energy while making up for lost time with some special people in my life. We filled the evening with board games and coloring, excited about the beautiful Thanksgiving dinner the next day. Everything turned out fine, maybe even better than I expected.

Our lives are filled with moments in which we are uncertain of our destinations. Sometimes we are so absolutely certain of our paths that we stumble over our self-confidence, losing our purpose and determination when events steer us into different directions. Embarrassment, indecision, and doubt become traveling companions for whom we have never purchased tickets. While it is not possible to anticipate the unexpected, going on standby works really well as this provides us an opportunity to reconsider our direction until another more viable path develops that will take us to our ultimate goal. 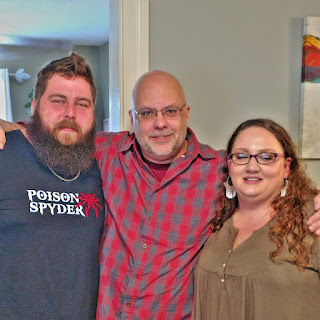 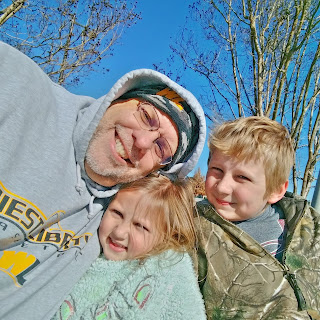