POPCORN AND THE REMOTE 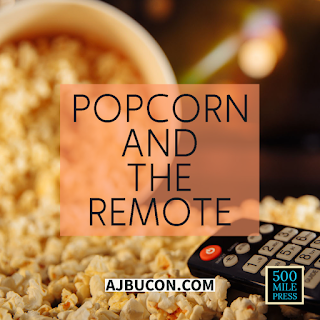 I never dreamt of sitting on my couch late at night, scrolling through so many options on my television.

I thought I had mastered the endless channels on cable by creating a "Favorites" List. Now I abandon any loyalty I have to run into the arms of Netflix, Disney+, or Prime Video. This is such a sordid situation, cheating on my favorites for an evening getaway with a movie from a list of thousands. I feel dirty.

My generation remembers the rabbit ears, the antenna we manipulated into moving one of the three distorted local channels on our boxy television into clarity. Occasionally, if you were adept at finding the perfect direction on a clear and sunny day, you could watch WPGH-TV Channel 53 out of Pittsburgh. That would take some talent and acrobatic ability, but you would have trouble watching the screen from the back of the television, where you needed to remain to hold the wires. 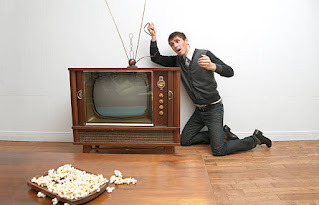 https://www.istockphoto.com/photos/television-antenna-wire-old
Progress showed us its beautiful wares, making our lives much more decadent with the advent of cable. Gone was the need for an antenna. Plug in that black cord from the heavens to enjoy an ever-growing list of news, movies, comedies, dramas, and shopping channels. Add a VCR or DVD player, and you have no reason to leave the comfortable confines of a cushy couch. My generation loved this change, right?
Back then, if my generation wanted to see a new movie, we would have to travel to one of our three local movie theaters: The Court, The Victoria, or The Coronet. The first two were one-screen theaters that would have only one movie showing at a time. The Warwood Twin would eventually arrive, followed by the four-screen theater at the Ohio Valley Mall. My small town and the entire world have not looked back. We would hit the road to find the movie we wanted.
Progress continued to be our companion as we discovered vistas we never thought we would ever experience. The ten-screen theater, stadium seating, and the restaurant movie theater. We can just go to one place for our entertainment. All we needed were more and more movies to place on those screens. New ones would wait in the wings if a current release were not doing well. Give us what we wanted and needed, and give it to us now (or at least every Friday).
Remember when Netflix first came about? Do you think they were streaming right out of the gate? Nope. We went online, picked out the movies we wanted to watch, placed them in the order we wanted to see them, and then... waited for the DVD to arrive in a Netflix envelope in the mail. Once we watched our movie, we placed it in a return envelope, stuck it in the mail, then anxiously awaited the next DVD, whatever available one Netflix selected from our list. We wanted to watch it at one time, so we must watch it now, even weeks later.
We know where we are now. We are on that couch with a remote in our hand, hopping from cable to Disney+ back to cable, then to Netflix as we begin to eat our popcorn. Deep down, I love the endless possibilities because I want to find something that fits my mood; however, I do not like the emptiness that enters my life when I feel like a bum when I cannot find something I want to watch.
What does it say about me when I cannot find something to watch and settle for any movie with three out of five stars as I fall asleep before the movie ends? What does it say about me when I join the crowds saying the new MCU offerings suck when all I did was ask for more? Why does it bother me when a movie that costs millions upon millions of dollars to make and market fails at the box office?
Life never used to be this way when I was young. We anticipated a new movie arriving at our one-screen theater. I remember dying to see Jaws at the Victoria. There was no option to watch it at home in a couple of months. If you wanted to see it, you had to see it before it left the theater. So I went to the movie, bought my buttery popcorn, and then settled into the old seat for a special occasion.
Now we have so much more. I feel as if I have less, though.
Check My Corner Store on Etsy. Right now I am running a 20% special for all attire. Proceeds from this sale go to fund my Live a Great Story picture board in my classroom.
https://www.etsy.com/shop/500MileCornerStore 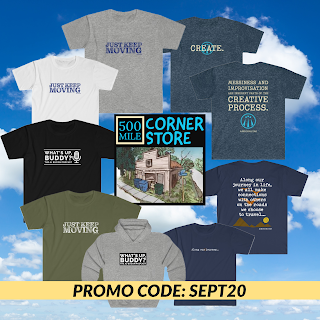