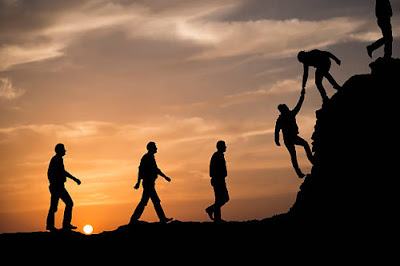 Peeling back facades, exposing inner hearts, revealing the underbelly of society occurs daily, hourly, instantly. Spin around cable channels, flip through newspapers, hit the social media platforms, or simply listen to those who cross our paths looking for an open ear.

Sometimes we can sink in a morass of hopeless, a quagmire of negativity that taints our everyday existence. I have been there, more often than not. I am guilty of succumbing to the swirling darkness as the world seems to move farther and farther from my immediate control. I do not do so intentionally, but the challenge always remains to find that balance, to hear those stories, to witness those moments, to act in those moments which make life a little more bearable for those in need.

We had an early release day at school last Friday. After a long Thursday, an exciting Day As a Knight during which prospective grade school students spent the day with us at Wheeling Central and the subsequent four hours of parent-teacher conferences for our current students, I do not feel guilty saying that the early release day was a blessing. I was experiencing a good tired, but I was also cranky, impatient,  and running on fumes. Once I cleaned up the mess I had made of my room, I left around 1:30, drove down to Center Market to pick up a couple fish sandwiches for my mom and myself for dinner.

The line was not long, but an elderly couple slowly wound their way through the line directly in front of me. The wife ordered their meal, led her less mobile husband around the metal stanchions, then paid the Coleman's cashier. Any tension I had, any eagerness I had to retrieve my food, any anxiety I had regarding the line not moving quickly enough dissipated as the three of us moved closer to the exit.

The older lady took the food, carefully maneuvered her husband around the corner to leave, then stopped to fill a paper container from the ketchup dispenser. Her hands were full, literally and figuratively, the bags of food in one arm, her husband awaiting her next direction. She pumped the plunger on the ketchup dispenser, but the back was loose and kept popping up from behind, preventing the ketchup from ever dispensing. I reached over, pushed the back down, and smiled while offering, "Here, let me help you with that." Relief flowed over all of our faces as we both left through different doors.

Saturday morning I opened Facebook to see what was going on in the world of my family and friends, trying to bypass any news articles about the government or accounts of turmoil in the world. I cannot always avoid this, but sometimes I just need to do so. I came across my friend, my former student Sabrina Thompson. When I visited Sabrina last year in New York at Google Headquarters, she spent the day showing me around New York, taking me for my first rides on the subway. Sabrina occasionally recounts her experiences on the subway, and I often wonder what I would do if I were in her situation. This is her most recent adventure on a packed subway train related through my voice with Sabrina's own Facebook comments.

"It is the a.m. rush hour. I squeeze into a train car. The next stop I see a VERY pregnant lady (at least 8 months) inch onto the crowded train. No one sitting can really see her belly because it is packed. After I saw her swaying and about to fall, I tap her and say, 'Miss, would you like to sit? I can ask someone to get up for you."

That is the kind of person Sabrina is; she will call out people for rudeness and disrespect in a heartbeat. She sees two people near her. One is a man who is out-cold, fast asleep with his "had cocked back and mouth open."  Beside him is a a young woman "in her early 20's doing her make up on the train."

Sabrina waits until the woman is done before smiling politely and asking her to let the pregnant woman sit down. I wonder what I would have done. Seriously. I can only imagine what would have happened. Sabrina confirms my worst fears as she recounts how the 20 year old immediately makes a scene by yelling, "Bi*ch, you mean to tell me you are not going to ask the man to get up but another woman for a woman? Your mind is f*cked up!"

Sabrina persevered and told her that he is sleeping and that she would have gone elsewhere were she sleeping as well. The 20 year old continues to curse and finally moves because the entire train is now watching her behavior, and she begrudgingly allows the pregnant woman to sit down. Sabrina describes the 20 year old who is standing beside her as "still talking smack," but Sabrina is the more level-headed of the two, putting on her headphones and not saying another word since the pregnant woman now has a seat.

Others have witnessed this scene and "out of the blue some older West Indian lady...watching this go down scolds the HELL out of the 20 year old! (T)his lady laid her out saying a combo of 'you never know what tomorrow brings and if you need someone to intercede...INTERCEDE...INTERCEDE on behalf of you!'" 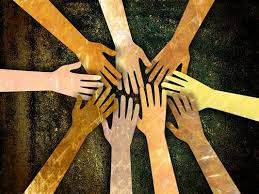 Most of my friends understand my passion for BBC's Doctor Who, the science-fiction series about the last time-lord of his race, a person who simply tries to make any situation in which he finds himself better. The Doctor is more successful than he is not, but he is always about making choices to do the right thing. This is by far my favorite speech:

If I run away today, good people will die. If I stand and fight, some of them might live. Maybe not many, maybe not for long. Hey, you know, maybe there’s no point to any of this at all. But it’s the best I can do. So I’m going to do it. And I will stand here doing it until it kills me. And you’re going to die too! Some day.. And how will that be? Have you thought about it? What would you die for? Who I am is where I stand.. Where I stand is where I fall. Stand with me. These people are terrified. Maybe we can help a little. Why not, just at the end, just be kind?”

Most people do not ride subways every day, but the subway is definitely a microcosm for a world in which we find ourselves. There are those moments when we are standing in line at the fish market with a person who needs help carrying bags, there are those instances when we see someone struggling internally, there are those times when we have an opportunity for action, when we can be a voice for reason, when we can stand with those who need support. We know when to do the right thing, when there is a moment of need, when we need to intercede on behalf of another, when we need to just be kind.