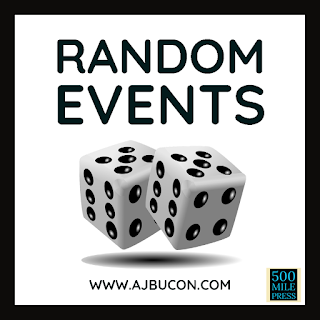 I have never been the best at relinquishing my control to the forces of life. I am definitely a work in progress. I fight a constant battle between maintaining the status quo out of a need for security and veering joyously off course to a different destination. Fear hinders me and propels me. Beauty and growth reside in the random nature of life, though. While I may not always have the understanding of life's mysteries that I crave, I find comfort in my own awareness of the ebbs and flows of life as they occur.
As a teacher who relishes scheduling and planning, I often find myself growing enraptured in the routine, myopically driving toward the end goal: a test, a project, a paper, or a presentation. I had a student several years back say to me, "Mr. Bucon, we are going to get everything done eventually. It is ok to take your foot off the gas." He was correct, of course. Destinations will always await the patient while the journey may offer more magic and significance.
Seinfeld, the iconic sitcom from the '90s, is full of those random moments. Honestly, the show is quite literally about the characters' reactions to the most random events, making it what George Constanza refers to as a "show about nothing." I remember one episode in which George is, yet again, complaining to Jerry at the diner about how pathetic his life is. Over coffee, Jerry and George amble and ramble about a change in philosophy for George which involves doing the opposite of whatever he would normally do. And so the show takes off from there with George having remarkable success in life by doing the opposite of his instincts.
So as I take one last look back at the past school year before fully embracing the summer months, I remember a week when I tossed my plans and did what George Constanza does, the opposite of whatever I would normally do. I had to brace myself for the unexpected.
I remember talking to Trey in my English IV class about The Boss Project. Why him? He and his friends loved music and had always been vocal about listening to some of the same music as I did growing up. So I pulled up The Boss Project on my computer for Trey to see. "Trey, give it to me straight. I have always wanted to do a Springsteen unit, and I just think this could be really cool." 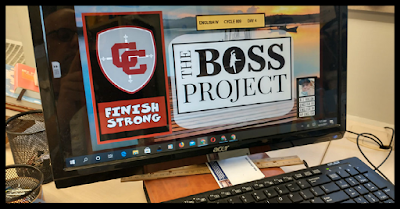 I was so uncertain about how this would play out. This project had second-semester seniors analyzing three of Bruce Springsteen's most famous songs, talking about them, writing about them, watching the incredible film Blinded by the Light, then completing a final creative project. In my heart, I knew it could be a great project, but I was so concerned about how a random project thrown into the mix this close to the end of the year would work with a group of kids a month away from graduation. I needed Trey's seal of approval. If he was in, I felt confident moving forward.
"Oh, Mr. Bucon. This would be so cool. They will love this." Trey's energy was overwhelming. Did he possess insights I did not have?
What happened? We slowed down, took our foot off the gas, listened to Bruce rev his engines, and enjoyed the ride. At one point I turned the smartboard over to Kayla and Trey as they led the discussion of Born to Run in each of their classes all on their own. I was AMAZED as I enjoyed all of the give and take these two had with their peers. I sat there annotating along with them, rarely saying a word at all, and marveling at the unexpected insights these seniors had not only about Springsteen's music but about life, love, working, and following their dreams. I never expected this. 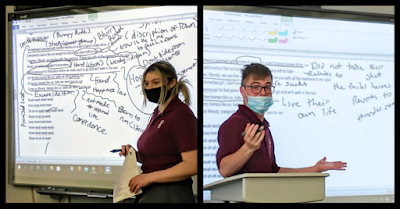 Blinded by the Light is a beautiful movie about Javed, a Pakastani teenage boy who is the same age as my students. He lives in Luton, England, where he experiences the same issues that many young people face today: conflicts with parents, finding a place in an angry world, and embarking on a future for themselves. Once we finished watching and discussing the film, we literally tore apart our study guides and used carefully cut pieces as integral parts of original and creative projects with each student sharing the lyrics and images that inspired them.
This was a school year when I desperately held a tight grip on the wheel, driving hard for a destination not always accessible on a road map. Whether I was doing this out of fear or desperation to keep a routine during which nothing was routine, at some point I was able to ease off on the gas in order to travel a more scenic route. And so it is with choosing to embrace the randomness of life. We take the good with the bad and are always hopeful a little magic will happen. 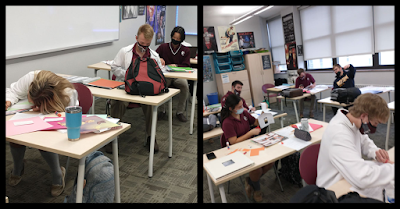 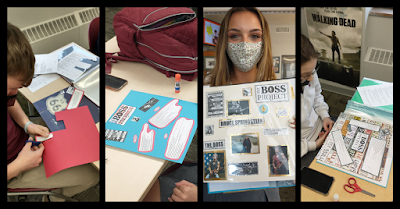 POSTSCRIPT
If you have read any of my blogs from this recent school year, you can tell it has been a challenging year and a half going back to the spring of 2020 when the year ended abruptly until the spring of 2021 when life in the world seemed to be finally returning to something normal. I was not sure how the year would go for me or my students. I will admit that I held onto that wheel a little tighter as the uncertainty of day-to-day and week-to-week education affected us all more than we care to discuss anymore.
I took these pictures of my senior classes at the end of the year after they received their Classcraft Mastery Certificates. (You will need to ask one of them to explain this to you. 😀) These students made my life so much better throughout the year as they were patient and kind when I struggled with everything teachers were asked to do. They buoyed my spirits on more than one occasion and supported one another during a year in which we could have used a little less randomness and a bit more predictability and routine.
Love you all. 🤗 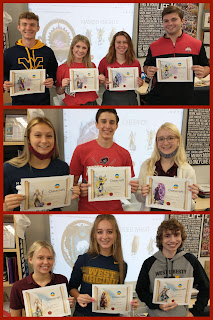 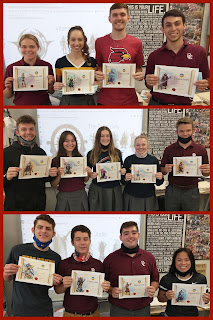 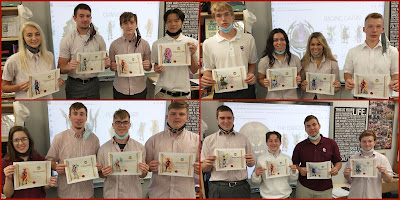 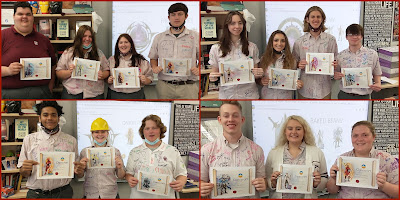 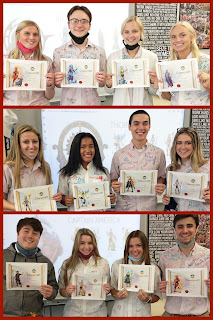