SOUL IN THE MACHINE 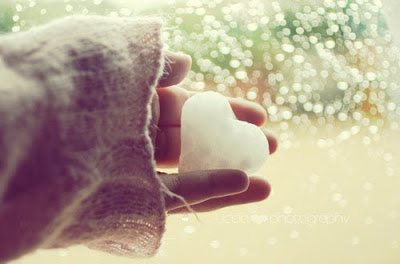 As I began to write this post, I found myself starting over and over again because I kept coming back to attempting to define a word that is so abstract that people and religions have many ways to actually explain what a soul is.

I am not entirely sure why I am so obsessed with this word right now. I just know the inspiration emanated from my students this week, Homecoming at CCHS, and their creation of an alphabiography in senior English classes. The spark began there but grew throughout the week, ending somewhere around the football game and Homecoming dance.


A person's inner essence. For many, a person's connection to God.

I catch glimpses of the soul in other people when I notice their actions or inactions, the tone of their words, their interactions with others, or what they create artistically.

In order to develop their hand-crafted alphabiographies, my students focus on their first or last name then write paragraph descriptions of various aspects of their personality using each letter of their name. Writing about your personality or what you perceive to be your personality is not easy, but making a creative representation of this is even more challenging. While some jumped spiritedly into this activity, others struggled to find "their voice" as they wanted to make sure the final product represented who they are.

That is not an easy path for anyone to walk. Life is a journey which is directed by the soul and whether we choose to listen and act upon the voice we hear. We all hope that our final product is one which represents the best of who we are, flaws and blemishes not hidden but overshadowed by the good that we do.

After an exciting week of these alphabiographies coming alive in front of all of the students who invested time, energy, and souls into the project, I asked them to allow me to take an individual picture of them with the final product. For some strange reason, I wanted them to hold the alphabiography in front of them and say "I am" before stating their name. Let me tell you something, I am not always sure why I make certain decisions, but I have learned to trust my instincts. But - the looks. The horrific gasps. The eye rolls. I thought the football team was going to hurt me. Others students wanted to hide behind their alphabiographies. Everyone did it though. Maybe they saw my soul in my request.

How did this activity begin my journey to this post about the soul? My students' enthusiasm thoroughly captured my interest in each project being created. As teachers we always strive to know exactly what our students are doing and that they are "on task," but it is rare when we have an opportunity, as I had with these alphabiographies, to be totally invested while students put so much of themselves into their work.

So as life during Homecoming Week continued like a well-oiled "machine" with activities from beginning to end, I began to notice more "souls" throughout each day, outside of the classroom. I became hyper-aware. When I am this way, I like to take a step back and just observe, seeing God's magic working around me as students quietly reveal sides of themselves when no one may be paying much attention.

There was the girl who accepted my last-minute request to write her own post for Weelunk, a local website about happenings around Wheeling. She was so scared. "I don't know if I am good enough to do this," she offered uncomfortably. I reminded her of our guest speaker who talked to the students the previous day about not listening to people who say "you can't do something" and to take control of their own lives. I told her this was her chance and that she should not be the one to tell herself that she cannot do this. The student wrote a heartfelt and soulful post and was so proud of herself.

There was the student who noticed that his friend was struggling to find his footing in class, having fallen behind on his work. It would have been easy for this young man to simply verbally encourage his friend to pick up the pace, but he professed his "belief" that his friend could do it and jumped in to help him muddle his way through his alphabiography. Honestly, the teacher in me thought he may have been helping too much, but the student knew his friend, he knew that he was drowning, and he helped him tread water until his friend regained his direction. I had to step back and let his soul speak.

Later in the week as we were trudging up the hill through the rain to the gym for the pep rally, I caught sight of one of my students removing his plastic military poncho to offer it to a girl who was being soaked by the downpour. She seemed unsure about whether to take it, perhaps because it was such an unexpected act of kindness. The young man practically begged her to take it but ended up putting it back on when she finally refused, laughing that she would be fine. These two souls brought a little sunlight into a dreary afternoon.

Another student has made his pregame cookout a tradition ever since CCHS moved its games to Bishop Schmidt Field at Wheeling Jesuit University. This guy has a tent in place, his food arranged, and his grill fired up by 5 PM as people stop on their way to the game. He and his friends graciously invited me to join in the festivities so I brought some pizza but definitely left room for hot dogs and grilled wings. You have to witness this kid. He soulfully cooks on the grill, making sure everyone has something to eat, smiling widely as his friends stand around, talking about their week and how good the food is. There is not a better place to be.

The week was full of soul-sightings like these. Countless ones, each and every one just as enlightening, just as inspiring. Honestly, when we open our eyes and hearts, there is so much to see. 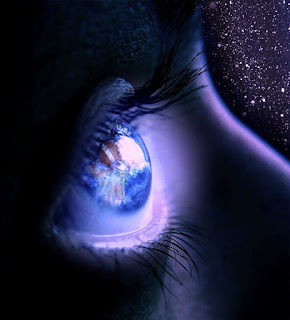 You do not need me to remind you about how dark and hopeless the world can be sometimes. Just watch any news channel or read any internet news source. Among the vitriolic discussions about Trump and Clinton, the polarizing arguments over National Anthem protests, the mounting anxiety over terrorism, sometimes we cannot see through the inner workings of this societal machine.

One of my favorite groups, The Goo Goo Dolls, released a song called "Soul in the Machine" which pinpoints what is at the heart of the machine of society. Us. "We are the soul in the machine." Society, with all of its dishonesty, violence, and fear, can grind away day after day, leaving us hopeless, but as the song says, "When you look up at the bright stars, we are a part of everything."

So this week I took a break from all of the turmoil that clanks loudly from the machine. This week I stopped to look and listen more carefully to find the souls that reside in all of us and found these genuine souls in the youth of today.

Taking a lead from Bruce, I have a musical companion piece to go along with this blog.